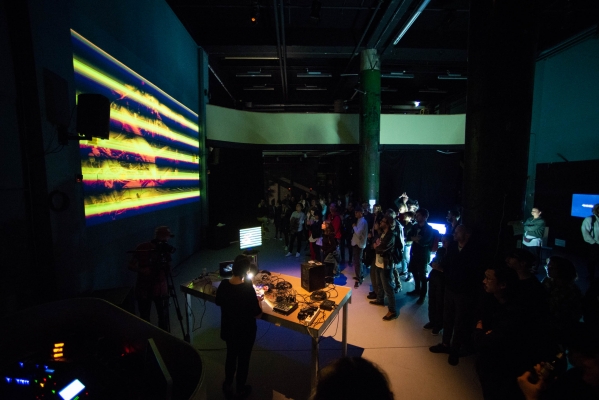 DIY Bionoise (2018) is an instrument in which the performer can generate sound and control noise, deriving from their own body. The instrument DIY Bionoise contains a circuit that can measure the bioelectricity from living beings to create bionoise which can be controlled by tactile sense (fingers). As a result, this instrument has two functions; a modular synthesizer with an eight-step sequencer and a bionoise controlled mode. DIY Bionoise is developed from my previous work “Sonomatter” which explored the transformation of bioelectrical energy from soil bacteria to sound. Its design has been based on electronic music devices like modular synthesisers and step sequencers as well as devices emerging from the DIY culture. The instrument can easily be customised by changing electronic parts with different values such as capacitors and sensors. And it creates systems to a musical instrument and adding a tactile element to interact with bioelectricity from the human body.